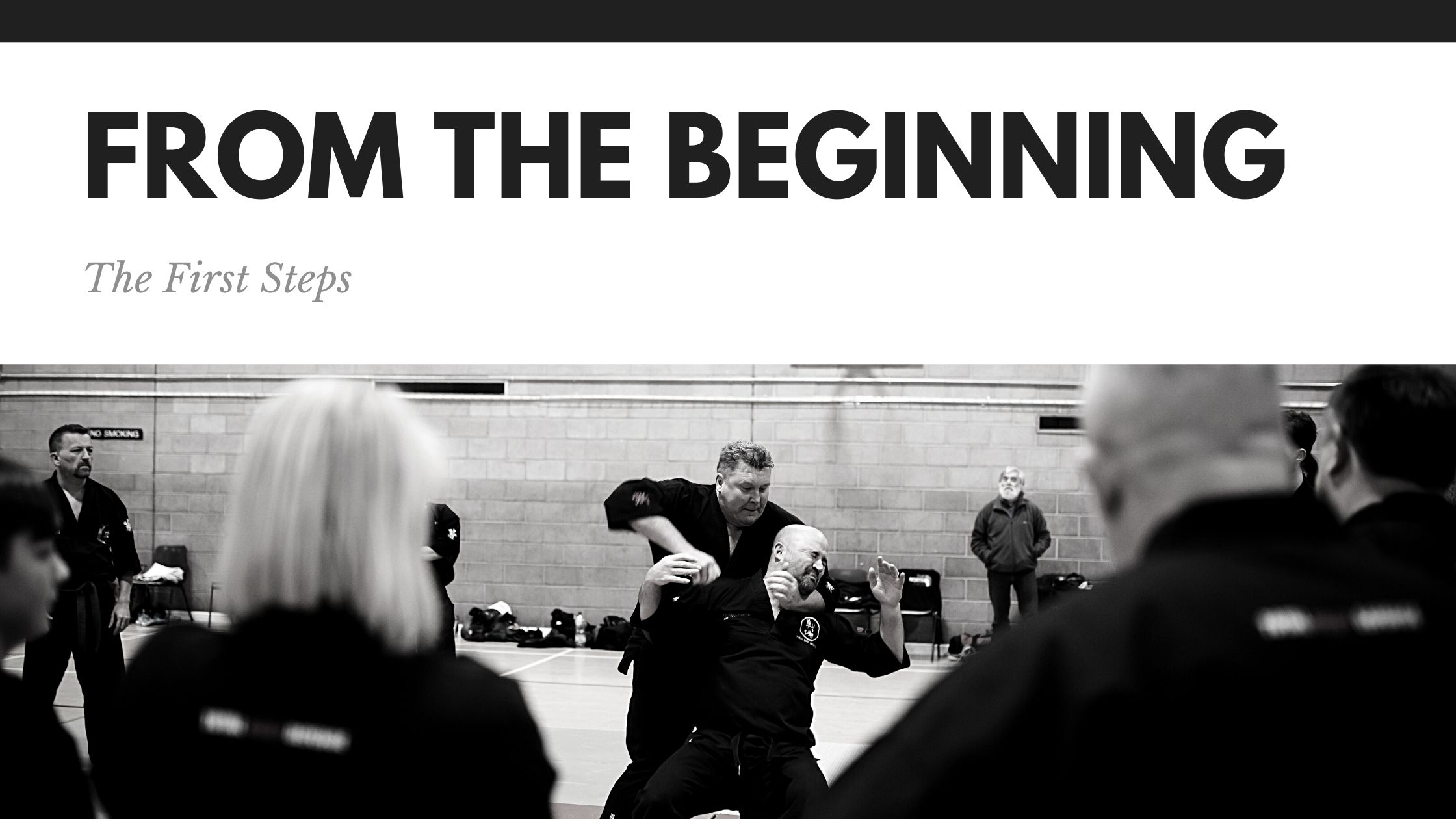 We all have a beginning when it comes to our Martial Arts journey, we don’t just decide to become instructors one day with a timetable of martial arts classes in South Wales that magically appears.

without any knowledge or experience. As with any martial arts, the journey from student to teacher is a long road, read more about the very beginning for Alun here.

“My introduction into the Goshinkwai Yawara Ryu came early in 1985, aged 18, after being talked into watching a class at Blaenafon that my elder brother Russell had been attending for a few months previous.  My first impression of this system has stayed with me to this present day:

As I entered dojo (training hall), I watched two 3rd kyu green belt students in their thirties, perform a series of fast, aggressive and flowing defences from attacks that seemed almost certain to cause injury.  It was like watching a full-blown, violent street fight, but amazingly, neither student was injured.

The experience of watching this ferocity at close quarters was all I needed to get the training bug and I started the class, initially practicing twice a week, under the influence of my first main influential instructor Paul Davies (Shodan), who he had great patience and did an excellent job of ingraining the fundamentals.  I received my first grade, 6th kyu white belt on 28th November 1985.

We stepped up the training by having regular personal tuition from Paul for a period of about 18 months and I shall always be grateful for his time, which certainly went a long way to accelerate our studies.

During 1987 and at the grade blue belt, 2nd kyu, we felt that we had reached a point where we were not developing greatly within the routine club anymore and requested to Gordon if we could run our dojo, where we would be free to experiment more and develop through instructing others.  Gordon was happy to grant this special dispensation, provided that we had a senior instructor to oversee the running of the club.  This person came in the form of “Rob Taylor”, a 4th Dan student of Gordon and John’ Warfield (Founders of the Goshinkwai Yawara Ryu  – He came along on a few occasions to review our progress and give us direction to advance and shortly graded us to 1st Kyu Brown Belt in 1998.

By instructing others and having to adapt the techniques to various sized and capable opponents, our confidence and aptitude developed as we had hoped and our membership started to grow.  At this stage we received almost no tuition ourselves, but continued to practice on our own, learning through trial and error much of the time, something I now consider as an important part of anyone’s personal development.

During a club grading in June 1989, Gordon and two senior Dan grades (Sensei Tony Sugden and Sensei Johnny Gamble), who were down for their 3rd Dan gradings visited us at our class which was in tan open area of the school hall in Nantyglo leisure Centre.  That night we were ourselves holding a grading session for some of our student and following this Gordon requested that my brother and I perform a series of technique for the two visitors.  Gordon disappeared over the far end of the hall for a cigarette, leaving Tony and John to watch.  This presentation was literally an off-the cuff display and looking back would have been a particularly un-polished and aggressive display (mainly due to the fact that brothers will always push themselves more than two friends or regular training partners would and the adrenaline was pumping!).

Following the display, Gordon told us to have a break and proceeded to chat to the visiting Sensei.  A few minutes later, my brother and I were both taken back, as well as elated as Gordon announced that we had been promoted to Shodan (1st Dan, Black belt).  All the effort over the past 4 years had been worthwhile and we felt a great sense of achievement.

A couple of years later, my brother started to take his work career more seriously and chose to lessen his training while studying for his post Grad Teaching degree.  I continued to run classes at Brynmawr and was awarded my 2nd Dan on 13th December 1993, by a grading panel including Soke Dai John Warfield.  Shortly following this grading, I was personally invited by John to train at his class in Abersychan, this really made my day, as I always longed to train under John, having been attracted to his particular style of training.

Follow the blog for more information and to read more about Alun’s journey. Find out more about martial arts classes in South Wales here.